Back to News and Updates

LAS VEGAS (KSNV) — When most people think of energy storage, they probably think of a rechargeable battery: something that uses electricity to create a chemical reaction, which can later be reversed to power whatever it needs to.

That’s far from the only way to store energy. Soon, a gravel mine located on the southern outskirts of Pahrump will be home to a new energy storage facility — one that uses a method that seems crude, but may just hold the secret to widespread renewable energy storage. 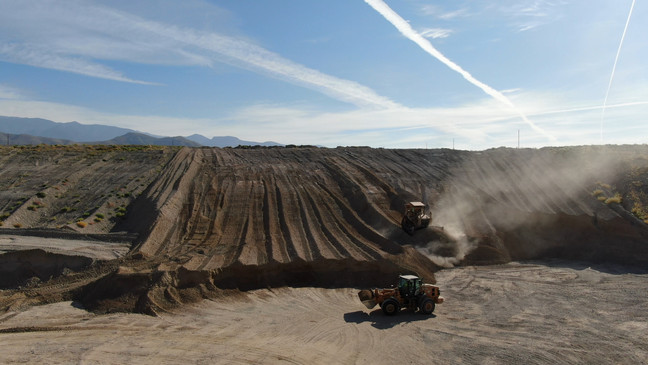 Construction has begun on the new energy storage facility (ARES)

That’s a fancy way of saying they’re going to haul heavy things to the top of a big hill and drop them when they need power.

The basic idea has been known at least as far back as the early 1600s, when pendulum clocks used a system of wound-up weights to drive a pendulum back and forth to keep the time.

This new, more-modern use is part of a system that ARES calls “GravityLine.” The company touts its simplicity as an advantage: It doesn’t catch fire, it doesn’t need water, it’s cheap, and it works.

The mass cars weigh a combined total of 75,000 tons. ARES Nevada predicts that, when all the carts are uphill, the 50-megawatt facility will be able to provide “15 minutes of regulation services at full capacity.”

On Thursday, the company broke ground on their first facility at the Gamebird Pit, a gravel mine owned by the Wulfenstein family. 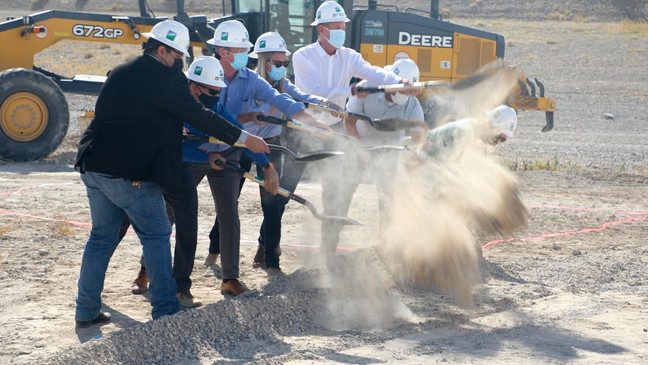 “I’m pleased a portion of the mine our family has owned and operated since the late 80s can be reclaimed through a process that benefits the future of energy,” said Jim Wulfenstein. “Helping launch a new economic base for Pahrump and the surrounding community while mitigating a global problem, we look forward to working closely with ARES to develop this facility.”